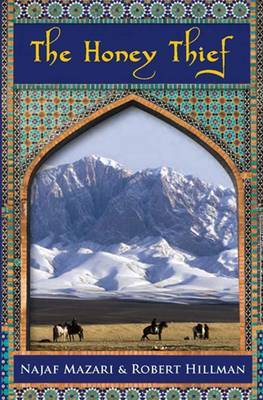 From the authors of the bestseller The Rugmaker of Mazar-e-Sharif comes their latest book, The Honey Thief. A superb collection of spellbinding tales from Afghanistan that portray a vivid landscape of hardship and brotherhood, catastrophes and miracles. These tales of peasants, poisoners and kings leap into life to reveal the rich storytelling traditions of Afghanistan.The beekeeper said to the boy: "Abbas, I have a question for you. The question is this: can a bee catch a cold?"Abbas smiled. "Can a bee catch a cold? No. It is impossible, Sir.""It is not impossible. A bee can catch a cold.""How do you know?""I have seen a bee sneezing.""No!" said Abbas. Then before he could stop himself, he said, "God will punish you for telling lies!"Ahmad Hussein laughed. He was teasing Abbas, but when a boy was as full of sorrow as this one, perhaps teasing could help.The mystery and wonder of Afghanistan comes to life in these tales of men who converse with bees and bears; of horseshoe bats in flights that blot out the sun, and of blackbirds that bring golden apples to earth from heaven. The sorrow of this extraordinary land is here too in the story of Abdul Kaliq, the king-killer, who ends his life on a scaffold in Kabul, and of Majid the Madman who turns to music for solace when his children die of plague. Other tales tell of an aged wolf who proves to a shepherd boy that he is the most intelligent creature on earth; of Proud Nadia, courted with a copy of Huckleberry Finn; and of the master poisoner Nightfall, who creates a cookbook of enchantments. Whether the tale is of wolves or wizards, The Honey Thief conveys in writing of surprising tenderness what it is like to grow up in a land of bloodshed and brotherhood, of miracles and catastrophes."I have seen a bee sneezing," said Ahmad Hussein. "When I said, 'God bless you!' the bee said to me, 'You say, 'God bless you', Ahmad Hussein, and yet look where you have placed our house! You have placed it where the cold wind comes across the field!' It was true. I had placed his house where the cold wind troubled him. So now I am more careful. Now I place the beehives away from the cold, and away from the afternoon sun."